Chronological history of photography in Japan in 2003 (Heisei 15)

Jan. 7 - Konica Corp. and Minolta Co. announce that they will merge their businesses to form a holding company in Aug. 2003. They hope to better compete against rival companies, boost profit, and shed 4,000 redundant workers by 2005.

Jan. 15 - NTT DoCoMo announces that on Jan. 10, it has sold in Japan over 5 million handsets (camera phones) compatible with its i-shot service only seven months after it introduced the i-shot service on June 1, 2002.

Jan. 16 - AKIYAMA Shotaro, a venerated photographer of Japanese actresses and a godfather in Japan's professional photography world, passes away at age 82 after collapsing while judging the annual HAYASHI Tadahiko Photo Award contest in Tokyo.

Jan. 29 - NTT DoCoMo announces that their i-shot camera cell phone model "Mova N504iS" has a defect. Due to faulty coupling of the battery in the cell phone, the cell phone may overheat up to 70 C or 100 C. This popular model was marketed in Nov. 2002, and 840,000 units have been sold. Eight users complained about the defect and NTT DoCoMo confirmed the defect to be real. It will send owners a replacement battery pack from mid-Feb.

Feb. 10 - NEC Mobiling announces that it had developed a machine called PRIMODE for printing out photos taken with a camera cell phone. Photos in the camera cell phone can be input to the machine via infrared signals, cable, or storage media. It takes three min. to produce a sheet of photo stickers at 200 yen/sheet. The company plans to install 10,000 machines at supermarkets, train stations, coffee shops, etc., in Japan during fiscal 2003 from Feb. 15. 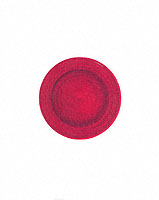 Mar. 2 - The Museum of Fine Arts, Houston opens its "The History of Japanese Photography" exhibition featuring more than 200 Japanese photographs, books, and magazines made between 1854 and 1998. It runs until April 27, 2003. Then it travels to the Cleveland Museum of Art (May 18-July 27, 2003). The exhibition was accompanied by an excellent exhibition catalog bearing the same name. (Book review here.)

Mar. 3 - PhotoGuide Japan unveils its biggest Web site update in its 7-year history by making it more interactive with dynamic Web pages. Visitors can now add comments to pages, add a biography to PhotoWho'sWho, add a question to the FAQ, add a link to the links section, and participate in online polls. Much of the key content such as PhotoWho'sWho, PhotoHistory, and PhotoSpaces also saw major updates, as the site continues to be the world's most comprehensive English resource on Japanese photography.

Mar. 14-16 - The annual Photo Expo 2003 is held at Tokyo Big Sight where camera and accessory makers showed their wares. About 75,400 people attend.

April 12-18 - US Ambassador Howard H. Baker, Jr. and Russian ambassador to Japan, Alexander N. Panov held a joint photo exhibition at Konica Plaza in Shinjuku, Tokyo. Called "A slice of life," the exhibition showed their photos of Japan. The opening reception on the 11th welcomed many dignitaries including Prime Minister Koizumi, former Prime Ministers Ryutaro Hashimoto (who is also a shutterbug) and Yasuhiro Nakasone, and Justice Minister Mayumi Moriyama.

Apr. 20 - Ricoh announces that it will completely pull out of the film camera business during this year after it sells its current inventory of film cameras. The company has already stopped developing film cameras and has instead concentrated on developing digital cameras. Ricoh had only a 1% market share in the film camera market dominated by Canon and Nikon.

Late Apr. - NTT DoCoMo becomes the first cell phone company in Japan to sell over 10 million camera phones. Strong sales of its camera phones helped to boost the company's group net profit to 212.49 billion yen for the fiscal year ending in March 2003. The number of DoCoMo cell phone subscribers also increased by 7 percent during the same period to 43.53 million. Almost one in four DoCoMo users use a camera phone.

May 1 - Hiroki Gomi, 36, a photographer with the Mainichi Shimbun newspaper, was at Queen Alia International Airport in Amman, Jordan to fly back to Japan when a bomblet he found in Iraq exploded inside his luggage, killing the airport security guard who was inspecting the luggage. Gomi was 5 meters away and unharmed, but three other people were wounded by the blast. He thought it was a dud and was taking it home as a souvenir. He had been carrying it in his camera bag for a month.

Gomi was detained in Jordan and later put on trial later in the month. He pleaded innocent to murder charges, but was sentenced to 18 months in prison for negligence resulting in death and injuries and for illegal possession of an explosive. The president of Mainichi Shimbun arrived in Jordan to apologize for the accident.

For the sake of keeping friendly Jordan-Japan relations, Jordan's King Abdullah II pardoned Gomi in June. Gomi promptly returned to Japan only to be fired by Mainichi Shimbun.

It was an effort to curb the common practice of customers using their camera phones to photograph movie show times, recipes, restaurant directions, and other information without buying the magazine. The practice has noticeably affected magazine sales. The cell phone's camera now boasts an image resolution good enough to render small text well. It's still not clear whether it is copyright infringement and there's no legislation outlawing magazine snapshooting. So unlike physical shoplifting, you still cannot get arrested for this digital shoplifting.

Aug. 6 - A 19-year-old woman went to a police box in Kobayashi in Takarazuka, Hyogo Pref. to report the theft of her bicycle. Only one 42-year-old police officer was there to listen to her story when his digital camera hidden under his desk popped a flash to photograph up the woman's skirt while she was seated in front of him. She noticed the flash and reported the incident to prefectural police the next day. The police officer admitted to the charge and resigned. He faces punishment from the police force, and prosecutors are expected to file a public nuisance charge against him.

Aug. 20 - Canon worldwide simultaneously announces the new EOS Kiss Digital (EOS Digital Rebel in the US and EOS-300D in other areas) digital SLR camera to be available for sale from Sept. 20.

Aug. 12 - Minolta Photo Space in Shinjuku, Tokyo closes due to the merging of Minolta and Konica. Konica Plaza in Shinjuku is also renamed Konica Minolta Plaza.

Aug. - Camera no Doi, a major camera store chain based in Fukuoka, filed for bankruptcy and will restructure by pulling out of the camera retail business and concentrating on becoming a photofinisher. Their 80 stores will shrink to 18 outlets.

Sept. 20 - Canon markets the new EOS Kiss Digital (EOS Digital Rebel in the US and EOS-300D in other areas) digital SLR camera. Being an entry-level, affordable digital SLR, it completes Canon's digital SLR line-up which already includes the top-of-the-line EOS-1Ds for pros and the midrange EOS 10D for advanced amateurs.

The lightweight and compact Kiss Digital boasts a 6.30 megapixel CMOS sensor (22.7 x 15.1mm) and compatibility with all Canon EF lenses and EOS accessories. The new EF-S 18-55mm f/3.5-5.6 USM lens (equivalent to 29-88mm) developed and optimized especially for the Kiss Digital will also be available together with the camera in an optional kit. The street price in Japan for the camera and lens is expected to be around 140,000 yen. Also, complementing the EF-S lens will be the new EF 55-200mm f/4.5-5.6II USM lens (40,000 yen retail) to be marketed at the same time.

With the milestone Kiss Digital, Canon expects to usher in the "golden age of the D-SLR" by enticing more users to buy or switch to a D-SLR to greatly expand the digital SLR market. It also aims to claim a 50% or larger market share for D-SLRs.

Oct. 1 - A new company called Konica Minolta Camera is formed upon the merging of Konica and Minolta's camera divisions. However, it has become apparent that they cannot make up their minds on the camera brand's name. It has become somewhat confusing as they had announced that the camera brand will be "Minolta." However, Konica cameras (especially the digital models) continue to be sold under the independent "Konica" brand. Later Konica Minolta Holdings Co., the owner of the new camera company, stated that they eventually want to change the "Minolta" camera brand to "Konica Minolta." The only problem is that this name might too long to fit on the camera...

Oct. 2 - Minolta Photo Space Osaka in Osaka closes due to the merging of Minolta and Konica.

Oct. 3 - Epson markets a new generation of four inkjet printers to replace almost their entire line-up of current A4-size models (including the top-end PM-980C and PM-940C printers introduced only 5 months before in May). They use newly-developed pigment or dye inks (called tsuyo-ink or "strong inks") that are much more resistant to fading than previous inks. The top-of-the-line PX-G900 uses eight pigment inks with a dot size as small as 1.5 pl.

Nov. 28-30 - The Hokkaido Photo Convention 2003 is held in Sapporo at the Sapporo Convention Center for the first time. Slide shows, photo shoots, and other activities were held for pro and amateur photographers. The images centered on Hokkaido.

Dec. 3 - Nikon announces the Nikon D70 entry-level digital SLR camera to be marketed in March 2004. The body-only retail price is expected to be about 150,000 yen. Very few details were given, but it is expected to be the main rival for the Canon EOS Kiss Digital (EOS Digital Rebel or 300D) as Nikon plays catch up to Canon.