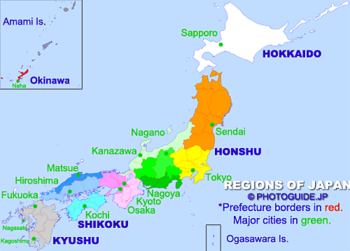 Satellite photo of the central Kanto region. The entire Tokyo Bay can be seen. Chiba is on the large Boso Peninsula toward the bottom.

The Kantō region (Japanese: 関東地方, Kantō-chihō) is an area centering on Tokyo on Honshu, Japan's largest island. It also commonly refers to the Kanto Plain which is also the most densely populated area of Japan.