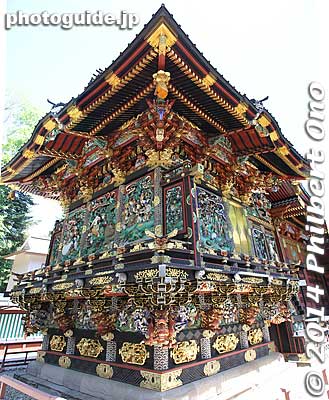 Menuma Shodenzan Kangiin temple was built during 1735 to 1760, taking 25 years. The woodcarvings all but lost their original color and splendor after 2.5 centuries under the weather. However, following an enthusiastic local campaign to restore the building’s artwork, the building was painstakingly restored. And what a magnificent job they did, taking seven years from 2003. Despite having modern sensing equipment, they sometimes still could not tell what the original paint color was for certain parts. A very time-consuming work.

But they were rewarded with the building designated as a National Treasure in May 2012. The restored building was opened for public viewing on June 1, 2011. Admission is 700 yen. Guided tours are conducted, but only in Japanese. You can freely walk around and view the building. 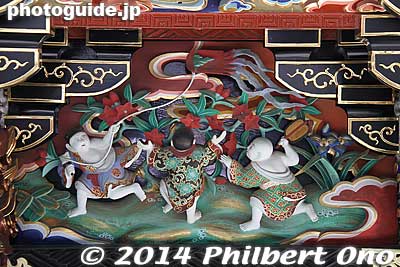 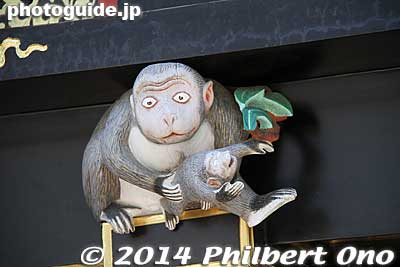 Monkeys hold up the building. 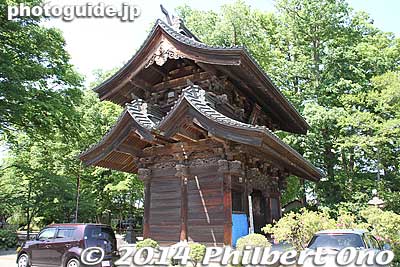 Kumagaya in Saitama Prefecture is famous for some of the hottest summer temperatures in the Tokyo/Kanto area. On a relatively “cool” (around 33 C) evening, I went to see the Uchiwa Matsuri of 12 ornate floats paraded around the streets until they all converged at a major intersection. It was the final evening and festival climax on July 22, 2013.

Happy Grrlz Day! Saw Hinamatsuri at Konosu City Hall in Saitama Prefecture for the first time. The lobby had a huge pyramid (7 meters high) of 1,800 hina dolls flanked by more doll displays on both sides. And the front porch had 2,000 dolls (displayed only on weekends). Awesome. 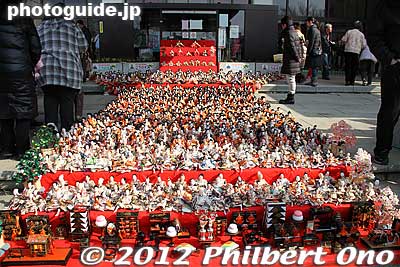 On weekends when it’s not raining, they also display 2,000 hina dolls on the front porch.