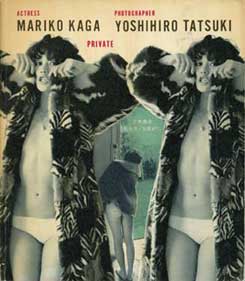 Career Established the Ad Center and worked as its photographer. Went freelance in 1969, doing commercial, magazine, and publishing work.

Kaga Mariko, Koyanagi Rumiko, and Asano Yuko have been subjects of his photo books. 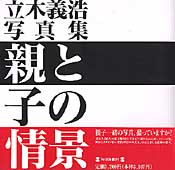 Portraits of Japanese celebrities and their son or daughter.

This is a collection of black-and-white portraits of 100 Japanese celebrities posed with a son or daughter. They were taken over a period of two and a half years from 1994, and they originally appeared in a pictorial series in the Sunday Mainichi weekly magazine.

The photographer says that most people not used to being photographed get self-conscious or bashful when photographed. This is even more apparent when the person is photographed with his or her own child. But at the same time, the parent's pride in his or her child comes across.

The photographer, who is a longtime celebrity and glamour photographer, has put together an impressive collection of celebrities. They include kabuki actor Koshiro Matsumoto and daughter Takako Matsu, former synchronized swimming Olympic bronze medalist Mikako Kotani and her mom, golfer Isao Aoki and his half-American daughter Jane, artist Tadanori Yokoo and his daughter, symphony conductor Seiji Ozawa and his attractive daughter born in San Francisco, actor Shintaro Katsu and son, singer Yuzo Kayama and daughter Mayuko, AIDS victim and activist Ryuhei Kawada and his mom, and Kochi Pref. Governor Daijiro Hashimoto and his son who has not entered politics like his dad and uncle (former Prime Minister Ryutaro Hashimoto).

A second book in this same series has also been published.