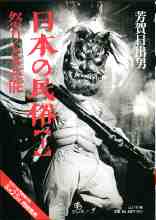 Died of old age at age 101 in an elderly care facility in Shinjuku, Tokyo.

Major themes Festivals in Japan and around the world.

Career Producer of the Festival Plaza at Expo '70 in Osaka. Vice-Chairman of JPS in 1981 for 7 years. Established Haga Library Co. which offers stock photos of festivals and folk culture in Japan and many other countries. His son Haga Hinata has taken over the company.