The Japan office of Magnum Photos is established in Jan.

In June, the temporary quarters of the Tokyo Metropolitan Museum of Photography opens in Ebisu with a collection of 6,000 photos by Japanese and overseas photographers. Watanabe Yoshio is the curator. The museum helps to gather more attention to photography as an art form in Japan as more galleries begin to handle photography.

In June, The Imperial Household Agency protests the publication of a candid photograph of Princess Kiko fixing husband Prince Akishino's hair on his forehead. The photo was taken during a break while their formal wedding portrait was being taken. (They were married on June 29.)

In July, Deja Vu magazine is established with Iizawa Kotaro as editor.

Domon Ken dies on September 15 after an 11-year coma triggered by cerebral thrombosis in 1979.

In October, Watanabe Yoshio becomes the first Japanese photographer to receive the Order of Cultural Merit.

"Passport size" is one of the buzz words of 1990. Invented by Sony Corp. in their ads for their compact video cameras which could almost fit over a passport.

Chronological history of photography in Japan in 1991.

The Japan Society for Arts and History of Photography is established.in March with 1,000 members and Watanabe Yoshio as chairman. The Society aimed to execute academic studies on the history and theory of photographic art and reaearch on photographic art education. Cooperation with Nihon Univ. and and other universities was obtained.

Tokuyama city in Yamaguchi Pref. announces that it will establish the Hayashi Tadahiko Collection in memory of the late photographer and collect all his works over a period of 6 years for preservation at the Tokuyama City Culture Center.

JCII Photo Salon in Hanzomon, Tokyo is established in April by the Japan Camera & Optical Instruments Inspection and Testing Institute.

The Japan Professional Photographers' Society (JPS) starts a petition on June 1 (Photography Day) at Sukibayashi Park in Ginza, Tokyo to change the copyright law for photographs. Existing copyright law stipulates that copyrights on photographs are valid for only 50 years after publication, not 50 years after the death of the photographer. (Copyrights on literature and other arts are valid for 50 years after the death of the author or artists in Japan.) The 27,700 signatures were submitted to the Agency of Cultural Affairs Director.

In July, Fuji Photo Film Co. and Konica Corp. decide to use the term "film with lens" (in Japanese) instead of "single-use cameras" to promote the recycling of these cameras and to dispel a negative image. 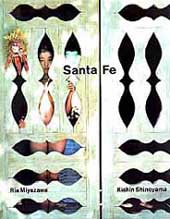 In November, "Santa Fe," a nude photo book on Miyazawa Rie hits the bookstores amid tremendous publicity and attention. The photos were taken by Shinoyama Kishin at Santa Fe, New Mexico. One photo, which showed a wee bit of Miyazawa's pubic hair, stirred a minor controversy that was later dismissed by the police. This eventually triggered the pubic hair boom with "hair nude" photo books.

Chronological history of photography in Japan in 1992.

In February, the federal district court in Newark, New Jersey orders Minolta Camera Co. to pay Honeywell Co., Ltd. 96 million dollars in damages for patent infringement concerning autofocus technology. Honeywell also demands patent royalties and a ban on Minolta AF camera sales in the U.S. Minolta agrees to pay Honeywell 127.5 million dollars even while still claiming that they did not infringe on patent rights. They decide to settle to avoid a prolonged court battle and damage to the corporate image.

Honeywell subsequently announces that it will seek settlements from other camera manufacturers such as Nikon, Canon, and Olympus. Honeywell had took the case to court in 1987.

In August, Honeywell announces that a settlement has been reached with Nikon and Canon over its AF technology patent infringement. Nikon is said to have agreed to pay Honeywell 45 million dollars by 1995 when the Honeywell patent expires. Canon accepts a similar settlement. Olympus and Konica are reported to settle out of court. (Asahi Optical, Ricoh, and other firms are supposedly pursuing a similar solution.) Honeywell says that it will receive 124.1 million dollars from a number of firms including Matsushita Electric and Kyocera.

In April, the Nara Museum of Photographic Art opens. Dedicated to Irie Taikichi who donated all his photos to the museum. The museum was designed by Kurokawa Kisho who was awarded the 1991 Japan Art Academy Award for the design.

Maitani Yoshihisa of Olympus Optical is admitted to the Photography Hall of Fame by the American Photography Marketing Association in April.

The "SEX by MADONNA" photo book has certain photos retouched by customs officials before being sold in Japan.

The Midorikawa Yoichi photography museum opens in Okayama city in May.

The Imperial Household Agency and the Japan Newspaper Publishers and Editors Association agree to have newspapers abstain from reporting on marriage candidates for Crown Prince Hiro. No photos of possible candidates would appear under the agreement. A similar agreement with the Japan Magazine Publishers' Association was also reached. (By this time however, future Crown Princess Owada Masako was already a well-known face among the public since the media dubbed her as one of the leading prospects. She had been hounded by the press and paparazzi for a good while.)

In November, Yokohama city announces plans to acquire the Thurman F. Naylor Collection of over 3,000 cameras and over 7,000 photographs including daguerrotypes. The purchase is made in 1994 in the millions of dollars.

Chronological history of photography in Japan in 1993.

In January, Eastman Kodak Japan announces that it has voided its promise to hire the eight new college graduates it had recruited for research positions. Each of the affected recruits was paid 2.5 million yen as compensation. The company also sought 70 voluntary retirees from its research and development staff.

Moriyama Mayumi, head of the JCII, is inducted in the Photography Hall of Fame by the American Photography Marketing Association in April.

In May, Japan's first pro soccer league called "J. League" is started, giving sports photographers another event to photograph. A soccer boom ensued in Japan. However, by the late 1990s, the league's popularity dwindled dramatically with much lower attendance at soccer matches.

The Pentax Camera Museum in Tokyo closes in July and reopens in Mashiko, Tochigi Pref. in Nov.

In August, Eastman Kodak requests the U.S. State Department and International Trade Committee (ITC) to stop the alleged dumping of color printing paper in the U.S. by Fuji Photo Film and three other Japanese manufacturers. It charged that the printing paper was being sold for one-fourth of the price in Japan. The ITC decides provisionally that U.S. companies did suffer damages as a result.

Fuji Photo Film becomes the last defendant to settle the AF patent infringement case with Honeywell. The legal dispute since 1987 thereby ends after 15 Japanese companies pay a total of over 31.5 billion yen to Honeywell.

Watanabe Yoshio photographs the Ise Grand Shrines' newly constructed Naiku and Geku sanctums which are rebuilt every 20 years. This is his third (and definitely his last) time to photograph these sacred buildings and grounds. The previous two times were in 1953 and 1973. He completes the project in September.

In November, the National Police Agency arrests several people at the Parco Gallery in Shibuya, Tokyo for selling Araki Nobuyoshi's photo book "Erotos" which was deemed obscene. The police confiscate copies of the book. The book was a record of works from Araki's AKT-TOKYO photo exhibit which was held in Austria in 1992. The Austrian publisher of "Erotos" is puzzled by the move since the book had received high acclaim in New York and other places.

Juliana Tokyo becomes the most trendy nightspot and disco in Tokyo with platforms (tachidai) for mini-skirted girls dancing with skimpy underwear. Photography, however, is banned within the premises.

Chronological history of photography in Japan in 1994.

The Tokyo Metropolitan Museum of Photography's temporary quarters in Ebisu closes in March in preparation for its move to its permanent building (in planning since 1987) in Yebisu Garden Place.

Also in February, Fuji Photo Film Co.'s managing director, Suzuki Juntaro (61), is stabbed to death by a gangster who is later sentenced to a 10-year prison term. Suzuki had stopped payments to sokaiya (corporate extortionists) after being promoted as head of the company's general affairs dept. Whether this was a factor in the murder is still under investigation.

The "hair nude" boom enters its peak year with over 300 "hair nude" publications published in Japan this year.

In March, the Committee for the Establishment of Photographic Art Museums in Japan is disbanded after attaining its goals after 15 years of activity. It was instrumental for the creation of the photo departments of the Kawasaki City Museum, Yokohama Museum of Art, and the National Museum of Modern Art Film Center in Kyobashi, Tokyo. Their efforts culminated with the construction of the Tokyo Metropolitan Museum of Photography. Although the committee disbands, it leaves the task of building a national museum of photography to the younger generation.

Yokohama city spends 400 million yen to acquire the Thurman F. Naylor Collection of over 3,000 cameras and over 7,000 photographs including daguerrotypes.

The Daiei supermarket chain begins sales of Agfa-Gevart color film under its own "Savings" brand in March.

1994's most memorable photo books (random order): Self and Others by Shigeo Gocho, Joyu (Actresses) by Hideki Fujii (See http://photoguide.jp/txt/Category:Japanese_photobooks for book reviews.)