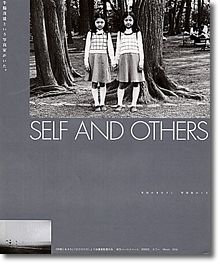 Moved to Tokyo in 1965 and studied at the Kuwasawa Design School where he met OTSUJI Kiyoji who persuaded him to take up photography. Graduated in 1968 and his photos were first published in Camera Mainichi magazine in the same year.

Produced photo book Days in 1971 and Self and Others in 1977. Also became a prominent graphic designer.