Tokyo has been holding some “1 Year to Go!” events. If you visit Tokyo this summer 2019, here are some neat events/things you can see for a limited time.

Olympics rings were installed on Nihonbashi Bridge this Aug. Instant hit among passersby taking selfies in front of it. The on-site staff couldn’t tell me how long these rings will be here. They are also lit up in the evening.

To mark “1 Year to Go!”, the Nihonbashi business district has a few major buildings adorned with Olympics/Paralympics decorations called “Nihombashi City Dressing for TOKYO 2020” from July 23 to Aug. 25, 2019. 日本橋シティドレッシング for TOKYO 2020

Tokyo 2020 Olympic/Paralympic torches now on display at Tokyo Metropolitan Government Building No. 1 on the 2nd floor until Aug. 25, 2019, 9:30 a.m. to 6:00 p.m. You can hold it and take photos with it. Made of aluminum and very lightweight. The Olympic torch is gold, and the Paralympic torch is pinkish. The building is a short walk from Shinjuku Station’s West Exit (Nishi-guchi). 東京2020聖火リレートーチの展示

Also in Nihonbashi was this special interactive exhibition called “Super Unusual 2020 Exhibition” (Futsujanai 2020 Exhibition). It had Olympic sports-related interactive activities that anyone could try for fun. This exhibition in Nihonbashi ended on Aug. 4, 2019, but it is being held at Tokyo Midtown Hibiya during Aug. 8 to 25, 2019. Near Ginza and Hibiya Stations (subway) and the Imperial Palace. On weekends, maybe you can see official mascots Miraitowa and Someity. 超ふつうじゃない2020展
Official site: https://www.mitsuifudosan.co.jp/bethechange/other_changes/cho_futsujanai2020/
Map: https://goo.gl/maps/jRWKYgCi1wSnUYzh7

At Tokyo Station, a large Tokyo 2020 Olympics/Paralympics countdown clock was unveiled by the Tokyo Governor and other officials on July 24, 2019 as a “1 Year to Go!” event. It’s a two-sided clock. Omega is the official Olympics timekeeper (since 1932!). (I feel sorry for Seiko.) It’s right outside the Marunouchi side of Tokyo Station (in front of the red brick station building).
https://www.olympic.org/news/official-olympic-timekeeper-omega-and-tokyo-2020-mark-one-year-countdown

You can see a few Olympic venues still under construction. From the Yurikamome Line you can see the Ariake Arena and the Ariake Gymnastics Centre under construction. These two venues might require a 15-min. or longer walk from the arrival train station. The so-called “Last Mile” (including the security check) might be a major problem in the summer heat for some venues. The organizer is thinking about how to make it cooler/easier for spectators.

Official Tokyo 2020 Olympics merchandise is available in official stores in Tokyo and major cities like Sapporo, Sendai, Nagoya, Kyoto, Osaka, Hiroshima, Fukuoka, and Naha. Many of the official shops are inside a BIC Camera store.
There’s also an online shop, but it doesn’t ship outside Japan: https://tokyo2020shop.jp/
List of official shops: https://tokyo2020shop.jp/contents/official_shop

Some Tokyo city buses (Toei) have the Olympic mascot livery. They run in central Tokyo such in Nihonbashi, Shinjuku, Kiba, and Koto-ku. Currently, there are 18 Toei city buses in this livery with more to come. A few Odakyu, Keio, and Seibu buses will also sport this design.

I made this Google Map of all Tokyo 2020 Olympic venues and most of the official shops (also embedded below): https://www.google.com/maps/d/viewer?mid=1HONOE9ks1Gedrn8hWeN6cvxAWwpD9SJd&usp=sharing

Tokyo Marathon was held on Feb. 23, 2014. Here’s a collection of the most outstanding and incredulous costumes. I was near Suitengu Station which was about 10 km from the finish line. 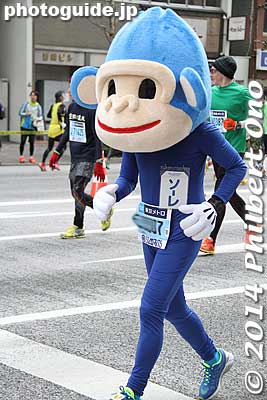 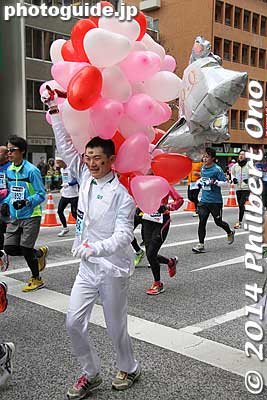 This guy was running with his bride with heart-shaped balloons. 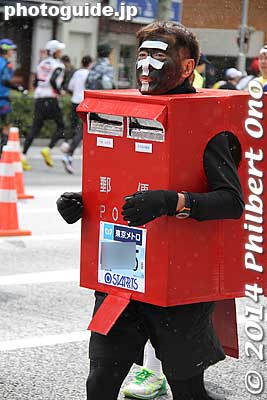 Japan mailbox. Painted on his face is the symbol of the Japan post office: 〒 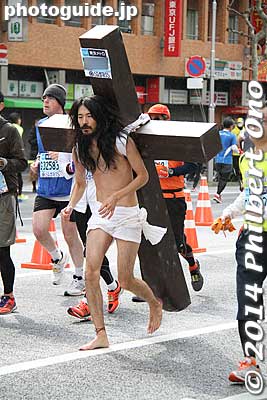 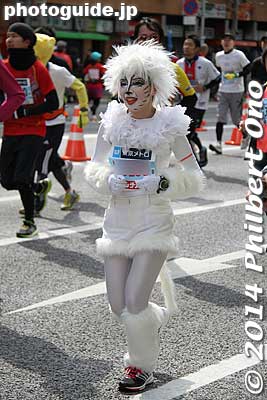 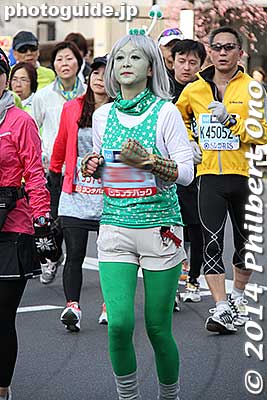 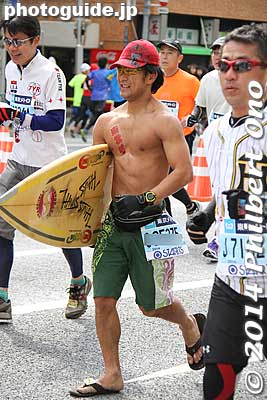 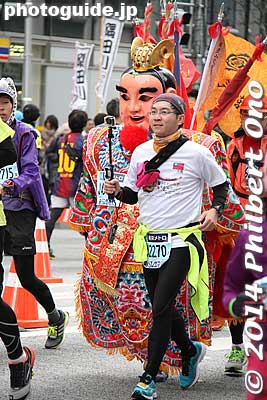 The biggest costume I saw. Couldn’t get a clear shot though. 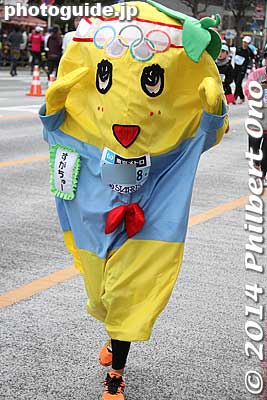 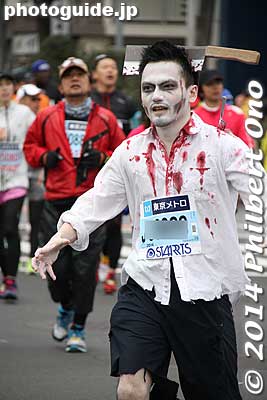 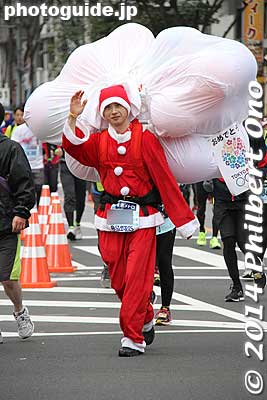 Santa Claus with a big bag of presents. 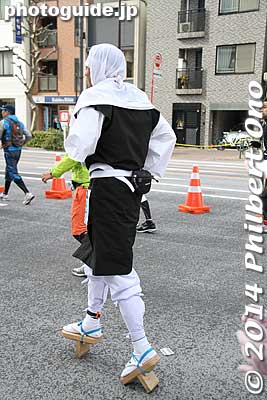 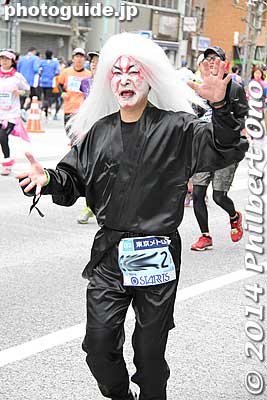 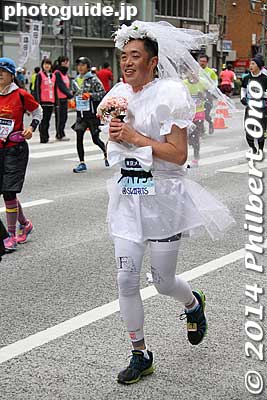 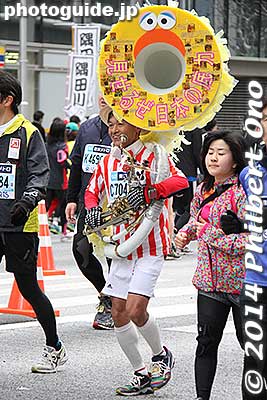 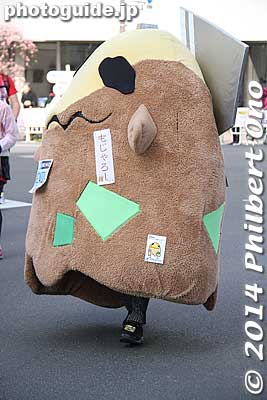 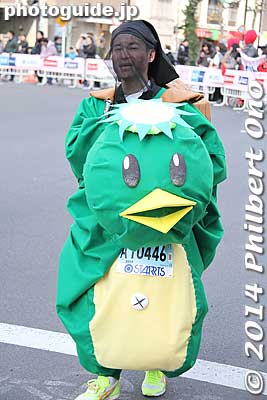 Yep, these costumes can get hot. 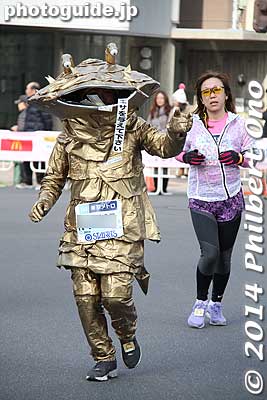 Golden frog. The note from his mouth says, “Feed me” (as in money). 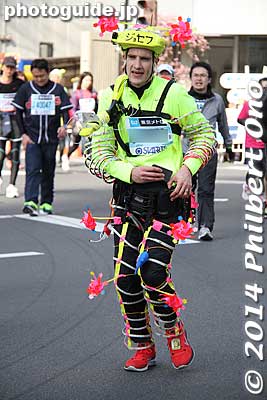 Man named Joseph. He’s got a small camera on his head as well as a smartphone rigged in front of him. 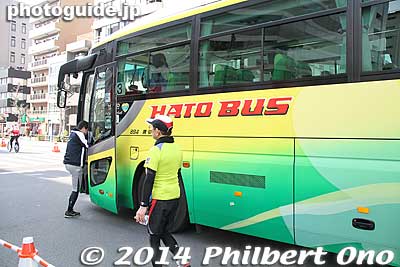 At the end, a few buses carried runners who had to give up. The buses were quite empty though. The 36,000 runners had 7 hours to complete the marathon. Some 96% finished it.

The 7th Tokyo Marathon was held on Feb. 24, 2013. As usual, many runners wore costumes. These photos were taken at the finish line at Tokyo Big Sight. 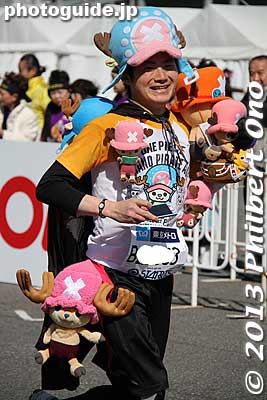 All that dangling around. 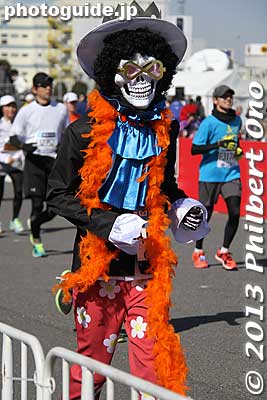 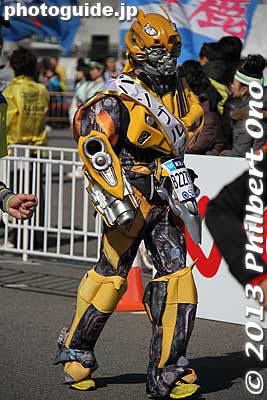 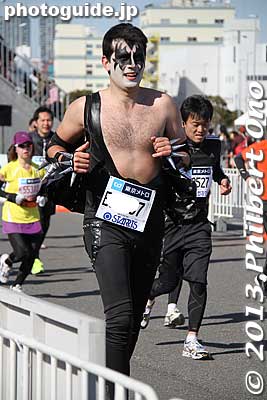 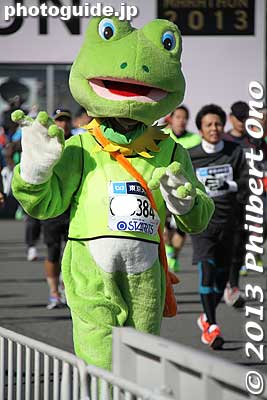 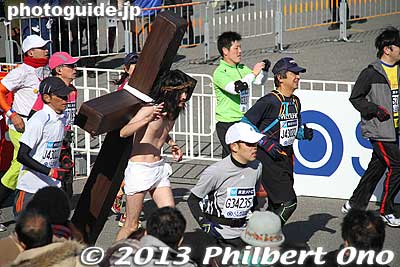 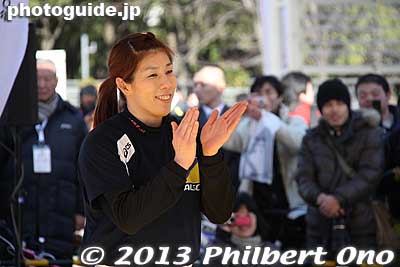