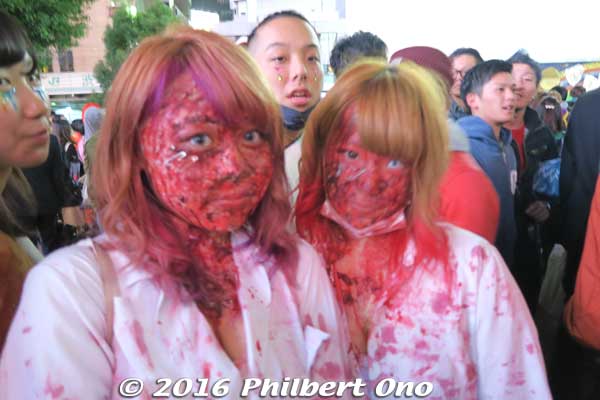 Happy Halloween in Shibuya, Tokyo, Japan’s massive costume street gathering on Oct. 31, 2016. Saw it for the first time from about 9 pm to 10:30 pm. Costumers and cosplayers of all kinds gathered in Shibuya for three nights in a row since Sat. night on the 29th. Last night was the largest gathering despite Halloween falling on a weekday this year.

Japan is the world’s undisputed Cosplay Super Power. Where the word “cosplay” was invented in the 1990s. Combine that with the “kawaii culture” and you create a street photographer’s paradise.

News reports this year have indicated that Halloween in Japan is fast becoming a major seasonal/commercial event, on par with Valentine’s Day (when Japanese chocolate makers make most of their annual sales). Halloween merchandise has been taking off in Japan.

Good, clean fun for everyone. There must’ve been at least 200,000 people at least. The entire Hachiko (dog) plaza was full of people. Ironically, nobody said “trick or treat” and I didn’t see anyone giving out Halloween candy. (No one carried candy bags either.) Japan invents its own Halloween (and Valentine’s Day). 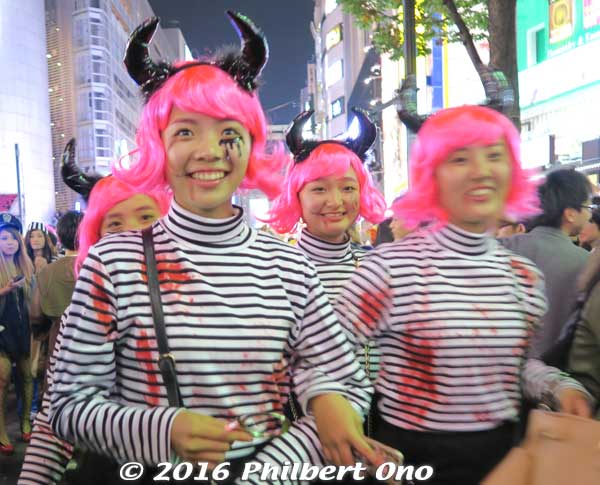 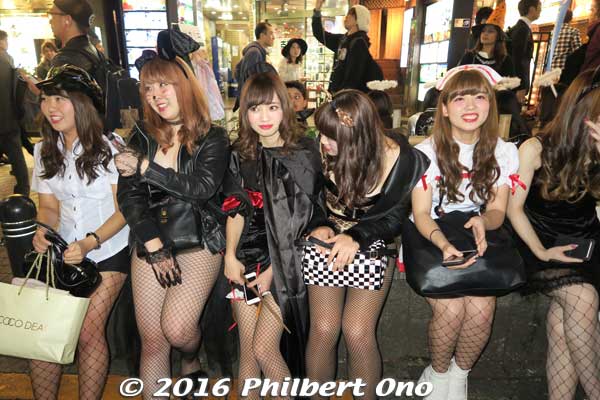 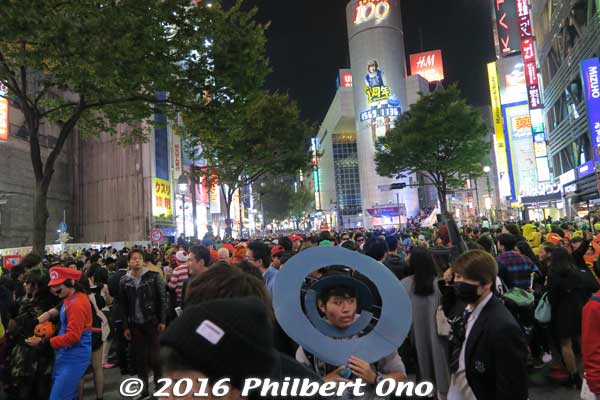 For the first time this year, the police wisely closed off a few major roads around Shibuya Station for Halloween. Even then, the road to 109 and Dogenzaka were filled with people. I can’t imagine how crowded the sidewalks must’ve been until last year when they didn’t do this.

I’m really glad that the police are being very cooperative by closing the roads to traffic. Usually, the police kill off such street culture events due to snarled traffic and complaints about the noise, etc. People in Akihabara still cannot stage street performances when the roads are closed to traffic (hokoten) on weekends. But Shibuya is very welcoming of these costumers. Hopefully, they didn’t litter the streets as much as before. 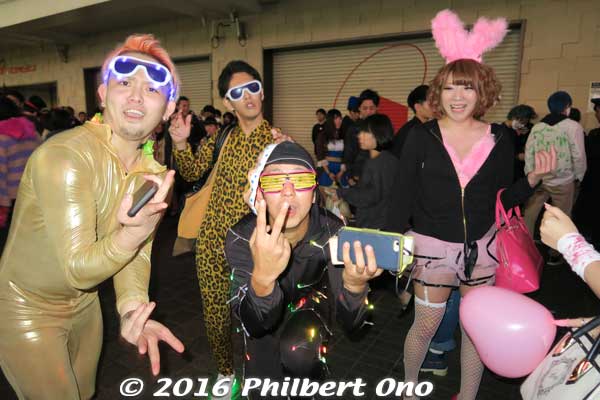 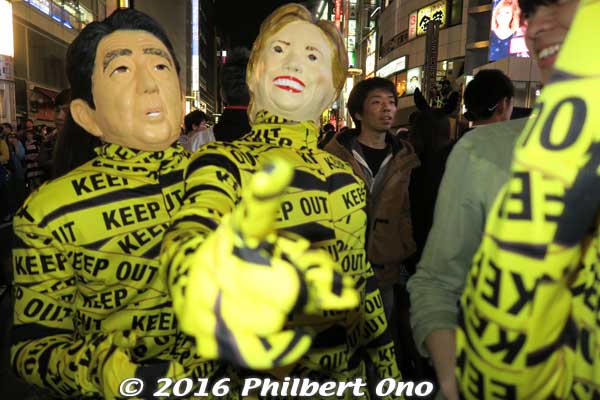 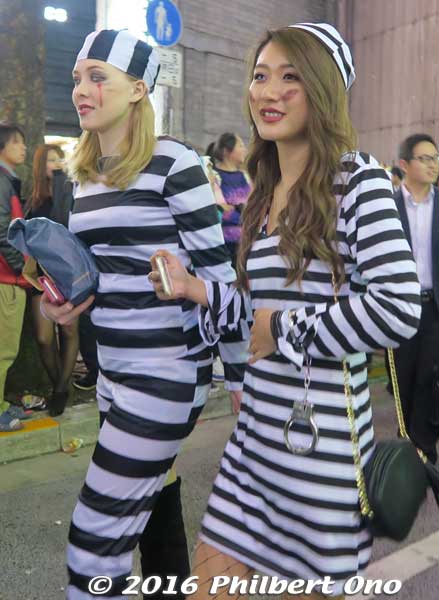 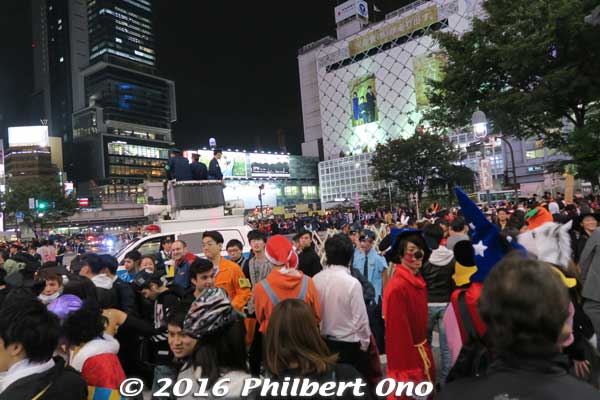 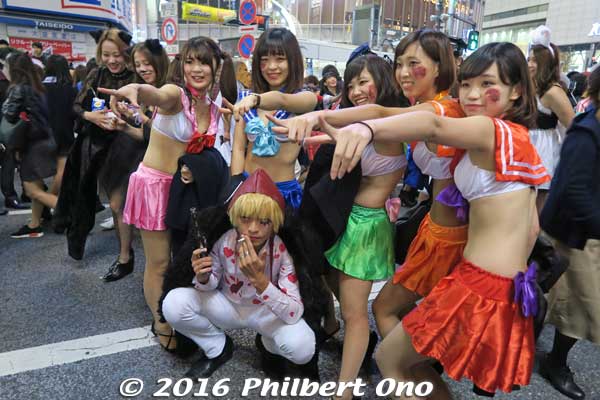 The main attraction for these costumers is that they meet other costumers and take photos together. Great way to meet people (and ask for phone numbers). 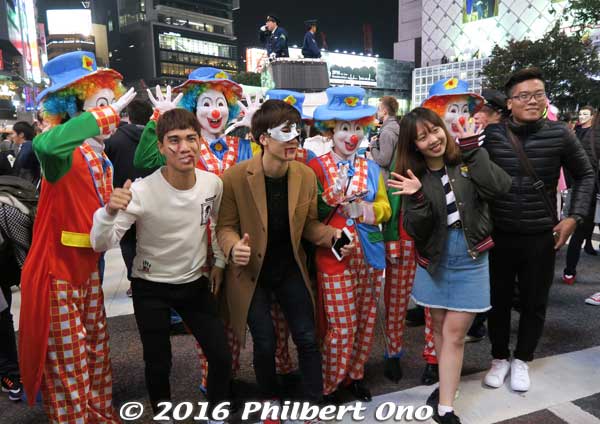 Halloween in Shibuya is now a major tourist attraction in Tokyo. Lots of tourists posed with willing costumers. Nothing like this happens on Valentine’s Day nor Christmas. I have no doubt that this event will start attracting major celebrities. Think Lady Gaga, etc. Gonna get even more crazy. 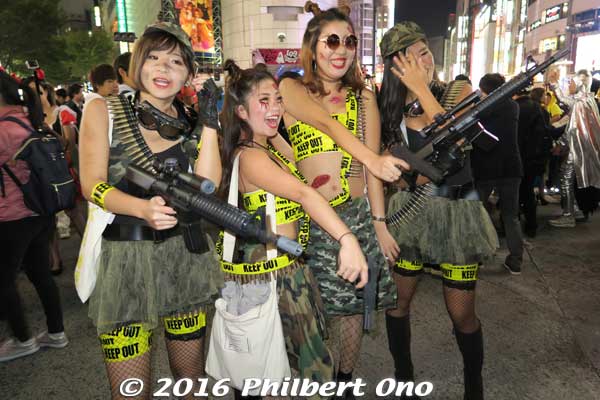 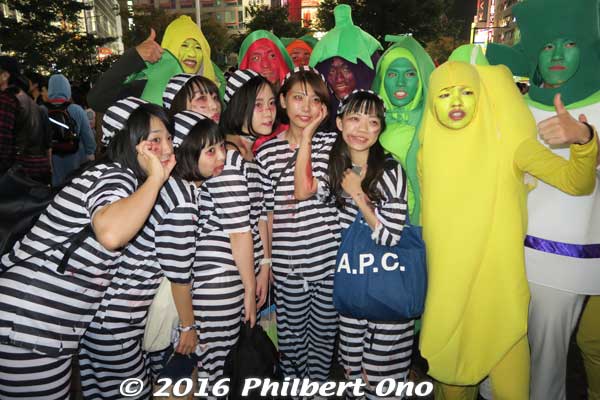 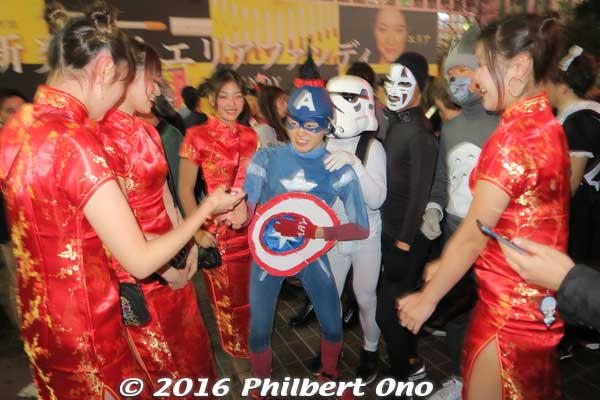 You see all these weird costume collaborations. Captain America and China girls. They just get together spontaneously. 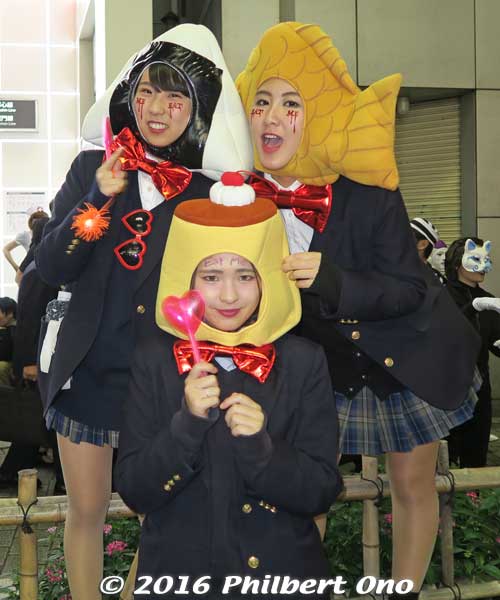 This all-night Halloween event is becoming Tokyo’s rare venue for a vibrant youth street culture. We should have more street events like this. I haven’t seen such a massive street event in Japan in a long time. There’s no organizer, no sponsors, no set event time, but it still happens. Just a spontaneous, massive street gathering. Unbelievable.